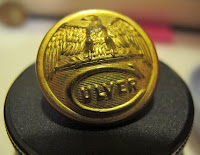 A jar of buttons turned into a really fun writing prompt!

How did you become a writer? 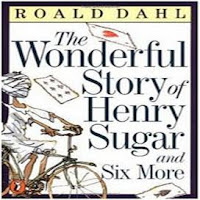 I'm reading short stories by Roald Dahl and I just finished a true story about how he became a writer. It was a complete fluke! Mr. Dahl had always been told by his headmasters that he was awful in writing.

During WWII he flew planes. When the U.S. entered the war, England sent him to the U.S. to "assist" them since he was a seasoned warpilot. One day, a famous writer came to see him to get some war stories to publish for the newspaper. Roald typed up a true story about his war experience for him, expecting that the author would re-work it to make it good. The author turned the story in as Dahl had written it and his career began (though, after that, he choose to write fiction).

So, what is your story? How did you become a writer?

Me: I joined a writer's group at church. I loved the writing prompts during class (write about a sound, remember a time, etc.). I began writing stories from my childhood. Then, I tried my hand at writing devotions and got two published. I then spent 1.5 years writing a fiction fantasy, which I am now revising. I have two more books planned. I'm no famous author, but it is interesting to know what "sparks" people to write.  How about you?

World-building -- Not just for fantasy!

I am having a light bulb, eye-opening kind of day! I'm taking a look at setting/world-building in my novel.

Did you know that even in your fiction and non-fiction you need to world-build?  Sure, you know that a fantasy world needs world-building, but so does a story set in modern times (say here in U.S.). Why? Because it is important to get the facts straight and have characters interact realistically within their times and surroundings. You need a feel for society, politics, philosophies, and technologies of the time.

Let me give you an example from my book and then my world-building revelation.

Part of the book goes back to 1950. It is set in a library in Pennsylvania. The Library Assistant, Emily is there after hours, trying to solve a mysterious word puzzle left there by the head librarian, Mr. Blankard, who disappeared 2 weeks ago. Mr. Blankard left some marked up books (hence the word puzzle), a journal, and a knapsack.

A loud crash is heard upstairs and Mr. Blankard comes down the stairs, scaring Emily. Mr. Blankard grabs the books, the journal, and the knapsack. He says he's been to a new world and he's going back there and never coming back. Emily begs him to stay and go back to his wife.

As I wrote my book, I did not research 1950. Now, in revision, I just did. After researching, here is what I found out about my characters.

1. Mr. Blankard probably was in WWII. The knapsack (or haversack) is probably his from his Army days. It would be olive green and have "U.S." stamped on it.

2. Emily would be very nervous to be with Mr. Blankard alone at the library at night. She's only 20 and he is a married man. She'd be very conservative and worried what people might think.

3. Emily would be very angry at Mr. Blankard for leaving his wife to trapse off on a trip (she doesn't believe him about going to a new world). Culture and Religion says "Families stay together".

4. Emily would think Mr. Blankard's behavior is very strange. She might even think that Mr. Blankard is a communist spy. Before his disappearance, he stayed all hours at the library, pouring over books and not eating or drinking.

5. Emily would be wearing a conservative dress, pinched waist, and probably low heeled dress shoes. Her hair would be short (maybe a layered bob).

6. The books, which play a role in the future (2010), would all have to be book titles from 1950 or earlier. This may seem like a "duh" observation, but I honestly didn't give it any thought until now.

WHAT I LEARNED FROM RESEARCH WILL ADD DEPTH AND BELIEVABILITY TO MY STORY!

Thank goodness, the changes will be small and I won't need to re-write the whole section, but I'm so excited to know that these little things will help readers feel like it is 1950. Knowing this will help me me guide my characters' thoughts and actions. This is so cool!

So, have you had any writing revelations lately?
Posted by Dawn M. Hamsher at 6:30 AM No comments: 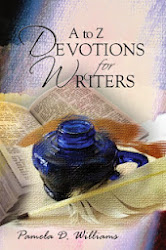